Wow. What a game. For two flawed teams, in what was expected to be a very one-sided affair, this game had everything. Late drama, a heroic comeback, an injury that completely changed the game, and, because this is 2018, a referee controversy.

This week’s review is coming from the great city of Austin, Texas where I am attending a weather conference. As a tourist in a fantastic city, it was my desire, nay duty, to find a bar that had the right G&G feel to it in order to wallow in my self-induced Tennessee misery for one more week. And I found just the place; a Johnny Cash dive bar named Mean Eyed Cat. So, as a proud representative of the UK NFL fan base, I put on my official G&G uniform (unwashed Titan’s jersey, crumpled jeans I found on the floor and a sweet Landry-esque hat because it makes me look official).

The city of Austin does not have an NFL team (a fact I am sure surprised absolutely none of you), and like Manchester, is a mash up of different people from different backgrounds. In this random bar in this beautiful city, I found a Lions fan, a Jags fan, a Giants fan (who was drinking heavily), a Texans fan, an “anyone but the Cowboys” fan, and this guy.

His name was Mike. Mike has been a Chiefs fan his entire life and has, like me, a lot more bad football memories than good. Given the layout of Mean Eyed Cat, Mike and I were able to eyeball each other after every play across the bar, to the great amusement of all other football fans in the room. By the middle of the fourth quarter, only one thing could be considered true. Both Mike and I desperately wanted the other team to put our team down. Watching a bad team in a close football game is like Chinese water torture. Getting beat 50 – 0 hurts, but watching your team lose from a 21 – 3 lead hurts even more (according to Mike, not to brag but I wouldn’t know!)

So, four paragraphs in, let’s start discussing this game. Saturday night was a perfect microcosm of the Mariota era at Tennessee. There were moments where this game looked like it would be very ugly. The Titan’s defence started out in basic zone schemes, a tactic advised by lots of talking heads in order to counteract the speed and physicality of the Chief’s main targets. The theory was that by playing zone defence, the Chief’s would be forced to rely on the accuracy of Alex Smith. Sounds good right? Here is the problem…Alex Smith is REALLY accurate. Like historically accurate (over 72% completion percentage this year).

So early on, the Titans were torched. No single play made this more obvious than the final Chiefs touchdown of the first half (and incredibly at the time, the game). Alex Smith froze the cornerback playing shallow zone on the left side with a beautiful pump fake to Kareem Hunt, the safety was too far away, simple throw to the wide receiver, touchdown. This was the Titan’s defence of last year, and looked a million miles away from the disciplined secondary that Dick LeBeau has created this year.
What about the Tennessee offence in the first half? Well, in short, it sucked. If you remember at the start of the season, I made clear my doubts about Eric Decker as a saviour at wide receiver. The first quarter of this game gave yet another example of Decker’s limitations. How a professional athlete, who does not play for Cleveland, can drop a ball thrown AT HIS HANDS when he is not moving is beyond me. Decker more than made up for this drop in the second half with his fantastic diving touchdown catch, but still, at the time of that drop, things felt bleak.

Corey Davis had another frustrating game as well and we can only hope that his rookie season is not a sign of the future. Given his injury issues this year, another subpar performance was perhaps not too shocking, but there were some clear issues in this game that cannot be repeated next week. On the Mariota interception, his lack of pace led to Marcus Peters being too close to the underneath route, and a player of Peter’s calibre does not need an excuse to make a key play. In the second half as well, there was a clear example where Mariota massively overthrew Davis for an easy touchdown. I do not know if this was a bad throw, or if Mariota expected Davis to be quicker than he was/is. However, again this mistake cannot happen again next week.

For all the negative comment I have just written about the first half, the second half contained equally powerful positives. Derrick Henry came through in a big way. I do not think I am being too hyperbolic in saying that Henry may be the best 2nd half running back in the league since Jerome Bettis. This guy’s combination of size, speed, and savvy can destroy a tired defence and his production will be key to making sure the Titans stay competitive both next week and over the next few years. Since Eddie George, the Titans have had some issues finding great running backs through the draft, but Derrick Henry could have a bright future as a lead RB for this team.

Now, let us comment on some of the key moments that changed this game. Firstly, Kelce’s concussion. Personally I thought Cyprian’s hit was dirty and he should possibly be suspended next week. On the play in question, Kelce was already going to the ground after being tackled. Could Cyprian’s hit have saved a few feet/yards on the play? Possibly. But leading with the head and making contact with the head of a receiver going to the ground should be punished by the league. As a Titans’ fan, I am certain that the end result of this game would have been different of this play had not happened. Kelce’s injury was scary, and watching him struggle to his feet was not a nice image. We cannot change the past, but I do hope that plays like this do not define our postseason.

If you are reading this post, I presume that you are a keen NFL fan and will have already read breakdowns on Mariota’s magical second half. I could go into how close his touchdown pass to himself was, or how stupid the ruling was on his 2 point fumble (how can forward progress be judged when a guy is running backwards?) But there were two fundamental things that changed the Titans’ offence in the second half.

Mike Mularky does not like throwing the ball on first down. If Ron Rivera is “Riverboat Ron” for his love of gambling, Mike Mularky is “Moterhome Mike”. There is no gamble too tempting for Moterhome Mike to take. You run of first down, run on second down, and play a run-pass option on third down. This committal to the running game makes Mariota a fantastic play-action passer, however it can be very predictable and lead to the Titans getting stuck in long periods of stagnant offence. Play action, or quick passes on first down can be really effective when a defence is expecting run. This to me was one of the key second half differences that allowed the Titans to finally put up some points.

The second key was #82. Delaine Walker should be officially listed as one of the modern wonders of the world. Without Walker, this team cannot play. I understand that what little focus is given to the Titans often centres on Mariota (the photogenic young QB), or “exotic smashmouth” (because who doesn’t love nicknames), or the fact that Dick Lebeau was one of the signatories on the Magna Carta (true story). But Delaine Walker is the absolute key to this team. Involving Walker early in drives during the second half gave Mariota a chance to get some rhythm, slowed down Kansas City’s linebackers, and, crucially, allowed us to sustain some drives finally. Mariota got all the plaudits for his magical touchdown to himself, but without #82, this piece would be considering the 2018 free agency pool.

The final thing to talk about is the absolute ridiculousness of the Mularky rumours prior to this game. I get that Moterhome Mike (if I keep saying it, the name will stick), is not a flashy head coach. He is not 27, he is not a rocket scientist, and you could never put him on the cover of GQ magazine. But he is a stable, even headed manager who knows football. For me, I do not know how Tennessee, after the many years of abject suckitude we have recently experienced, could consider firing a head coach who gives us two winning seasons out of two. I know that John Robinson is a New England guy. And I know that Josh McDaniels is available this year. But, what about Josh McDaniel’s history makes him a great head coach? How did his stint in Denver end? I wish McDaniel’s every fortune in his next head coaching role (unless it is in Indy), but please let us keep this good thing we have in Tennessee going.

This article has ended up way longer than I hoped, so congratulations if you have made it this far. I want to wrap up by previewing next week. I would love, after all the rumours and nonsense that our coaching staff have had to deal with recently, for the Titans to show McDaniels and Patricia that we can beat them. I still consider New England to be the massive AFC favourites and believe that we will need to play far better than we have all season just to keep this game close. But then, that is how I felt this week. With a solid running game, the defence we showed in the second half this week, and a huge amount of luck, we can beat the Patriots. Everything needs to go perfectly for that to happen though. But, if the population of the Mean Eyed Cat are a true resemblance of the wider world, we will have 31 fanbases rooting for us.

In Moterhome Mike we trust… 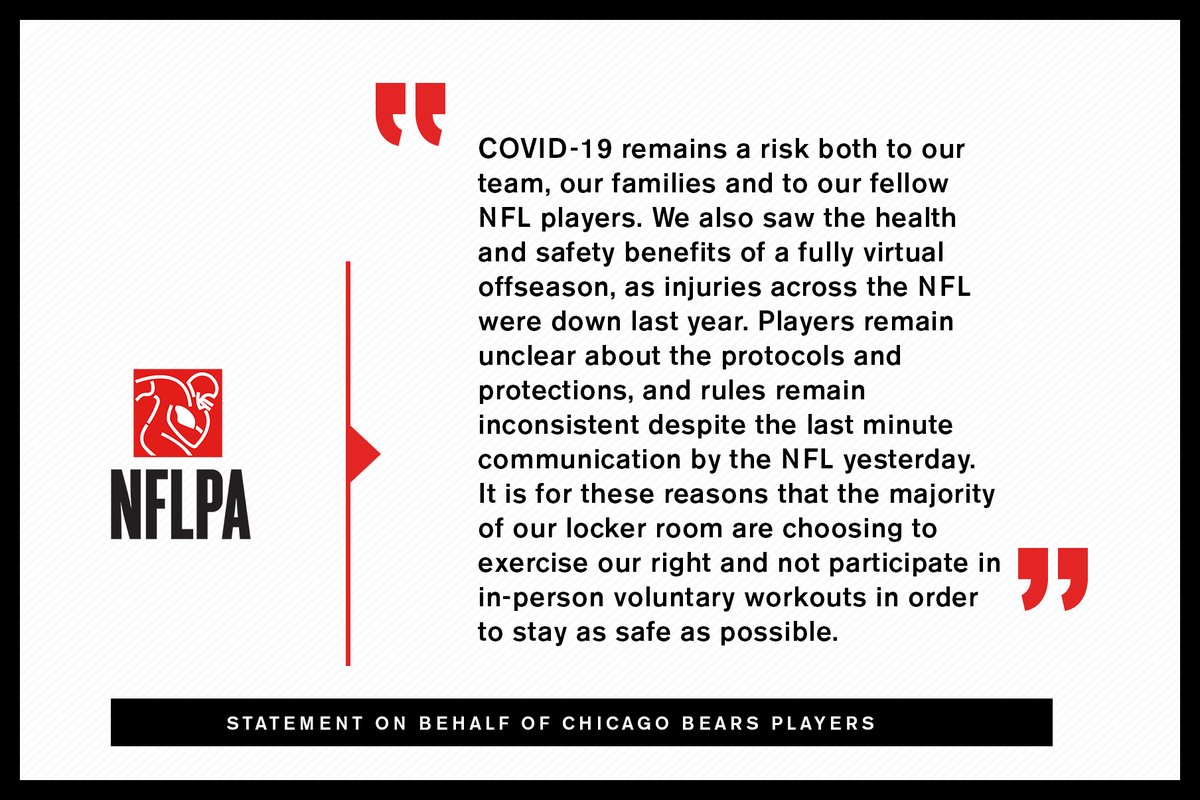